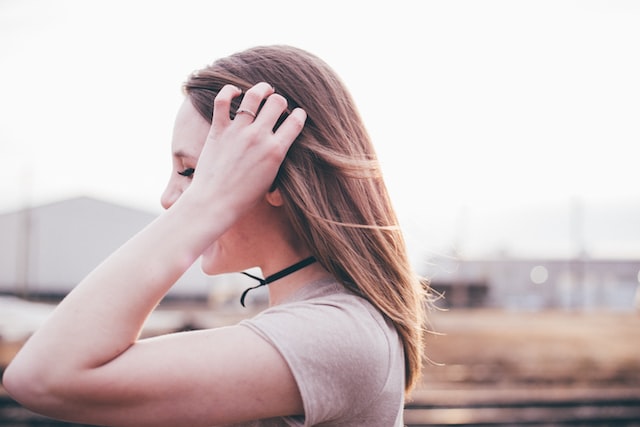 Breaking the cycle of being angry with yourself

With the 5 of Swords

Being angry with yourself – it happens to the best of us. Something in your life isn't going the way you hoped and now your mind is trying to clean house; often in the form of guilt and/or shame. Whatever that well-meaning upper story is yelling, it all boils down to the fact that you're just not good enough the way you are right now.

Do not fear! Help is on the way. The self-compassion exercise below, inspired by the 5 of Swords, will help you to break the cycle of being angry with yourself, in a gentle and grounded way.

Getting angry with yourself – it starts so innocently

Something went wrong. You have (not) said or (not) done something that’s in conflict with who you really are. That happens. But then your mind swings into action; as a knight on horseback in shining armor, he will make sure to bring you to safety again.

And suddenly it's not something you've done that's not okay, no, you're not okay. Et voilà, the self-directed anger has arrived. Chances are that you’ll also get angry with yourself because you are angry with yourself – and so you keep picking up ‘swords’ and stabbing yourself with them.

And well, you and I both know that this spiral ends in a pretty deep, dark hole, where you become more and more convinced that the best thing to do is to throw yourself out with the trash.

But nothing could be further from the truth, my dear human.

And you are able to, kindly but firmly, decline this invitation from your brain and choose a different path.

The following exercise is a visualization. The most important thing to know before you proceed is this: there is no right or wrong. Everything & anything that appears in your mind’s eye is what you’re meant to see at this time. Once an image comes up, commit to it fully.

Take a deep breath and:

A red alarm light, representing your feelings, is lying on the floor in front of you, along with a snapshot of the situation that started it all. Next to it, you see a numb version of yourself that symbolizes the internal reaction this has called forth. Perhaps you also picture certain words that have been floating through your mind or a representation of a body part where this experience is creating an anxious sensation.

You can keep putting things down until you feel it’s all there. Only you know everything that’s going on inside you and which things deserve a place in front of you. With this visualization you acknowledge all parts of your current experience and detach it from who you are.

The next invitation is to ask yourself a few questions to tune in and start moving towards self-compassion: 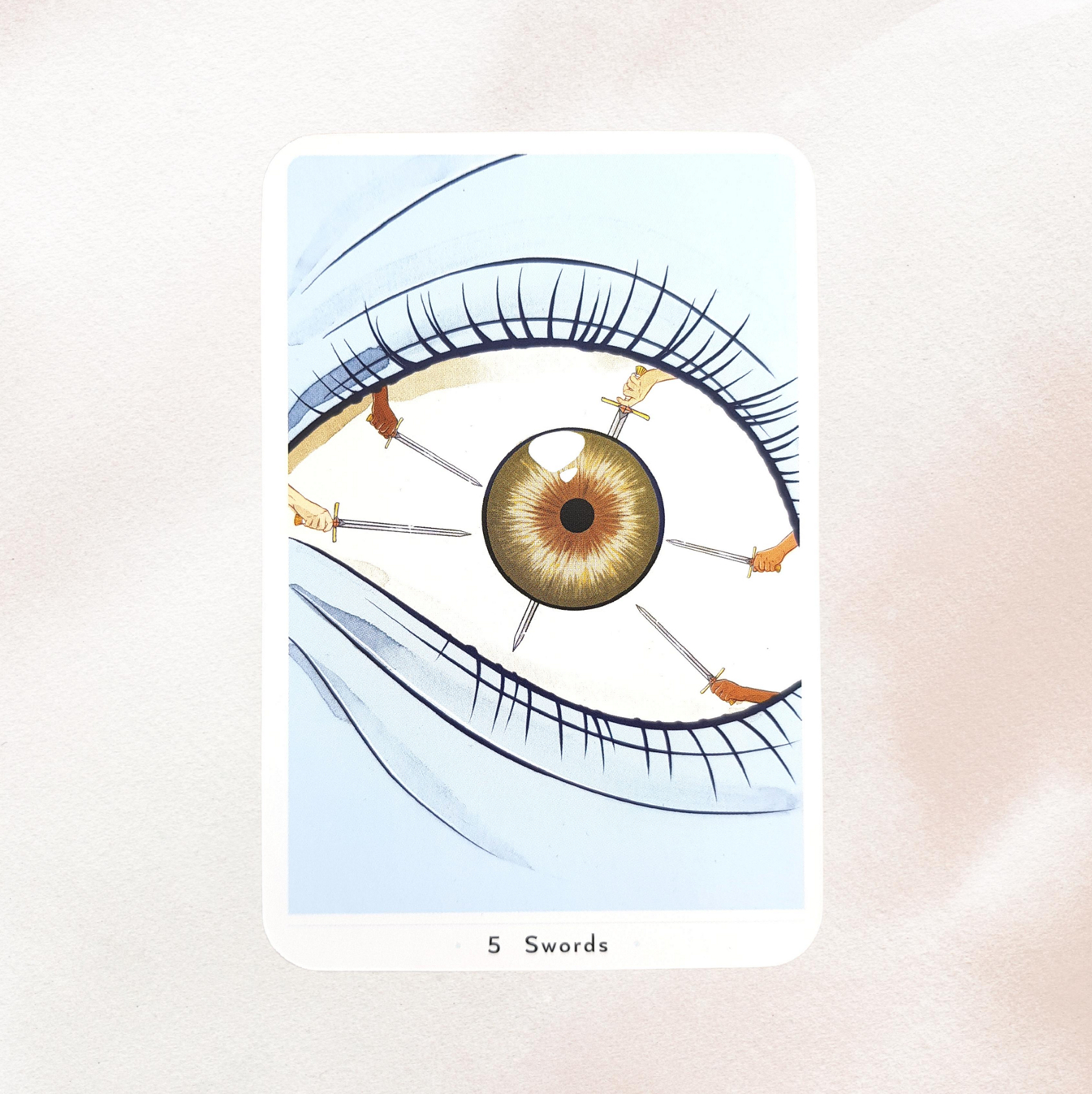 Note: You don’t have to succeed in showing yourself compassion for all these things. This is about checking in with your true self and trying find an in-road to reconnect.

The experience of being angry with yourself is, on its own, already proof that this is not who you are. If it was, you wouldn’t criticize yourself the way you are right now. Apparently, you acted from a place that does not align with your true self. That’s okay, it happens. Now, the choice is up to you to stop piercing yourself with those metaphorical swords, so that you can restore the connection with your core.

No matter how often your mind starts throwing around its renditions of being-not-good-enough, your core remains untouched; your true self will always be quietly waiting for you until you’re able to land in the here and now and come home again. Give yourself a lot of time to do this. Every tiny bit you’re more present, is cause for celebration.

PS. Would you like some guidance in (re)discovering this in-road to inner peace, connectedness and belonging? I got you! I would love to support you with my tarot for self-compassion reading and help you help yourself find all that good stuff that’s already present within you.

A few years ago I decided to stop making my life any harder than it already was. And since then my life has been perfect.

But thanks to my tarot & self-compassion practice I now know how I can, time and time again, find my way back to my true self. And that's what makes my life so much more easeful & joyful these days.

With my teachings, readings, meditations and blog posts I hope to do the same for you. Welcome! 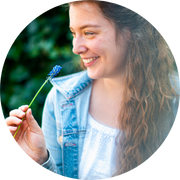 Are you ready to come home to your true self?

Want to join the discussion?
Feel free to contribute! 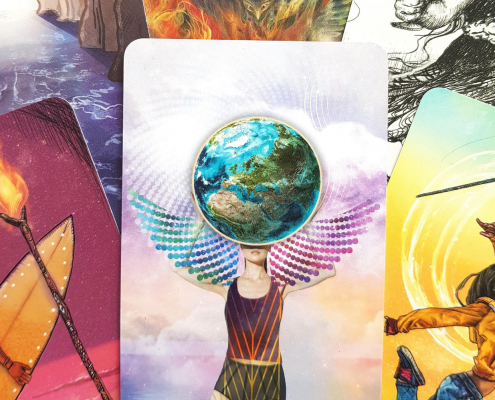 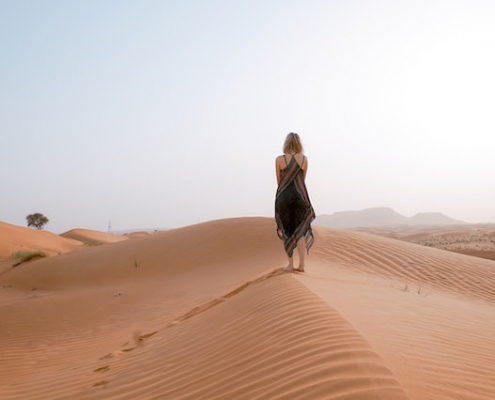 By clicking ‘Accept all cookies’, you consent to this website's use of cookies to give you the best and most relevant user-experience by remembering your preferences and repeat visits. However, feel free to visit ‘Cookie settings’ to provide controlled consent.

We may request cookies to be set on your device. We use cookies to let us know when you visit our websites, how you interact with us, to enrich your user experience, and to customize your relationship with our website.

Click on the different category headings to find out more. You can also change some of your preferences. Note that blocking some types of cookies may impact your experience on our websites and the services we are able to offer.

These cookies are strictly necessary to provide you with services available through our website and to use some of its features.

Because these cookies are strictly necessary to deliver the website, refusing them will have impact how our site functions. You always can block or delete cookies by changing your browser settings and force blocking all cookies on this website. But this will always prompt you to accept/refuse cookies when revisiting our site.

We fully respect if you want to refuse cookies but to avoid asking you again and again kindly allow us to store a cookie for that. You are free to opt out any time or opt in for other cookies to get a better experience. If you refuse cookies we will remove all set cookies in our domain.

We provide you with a list of stored cookies on your computer in our domain so you can check what we stored. Due to security reasons we are not able to show or modify cookies from other domains. You can check these in your browser security settings.

We also use different external services like Google Webfonts, Google Maps, and external Video providers. Since these providers may collect personal data like your IP address we allow you to block them here. Please be aware that this might heavily reduce the functionality and appearance of our site. Changes will take effect once you reload the page.